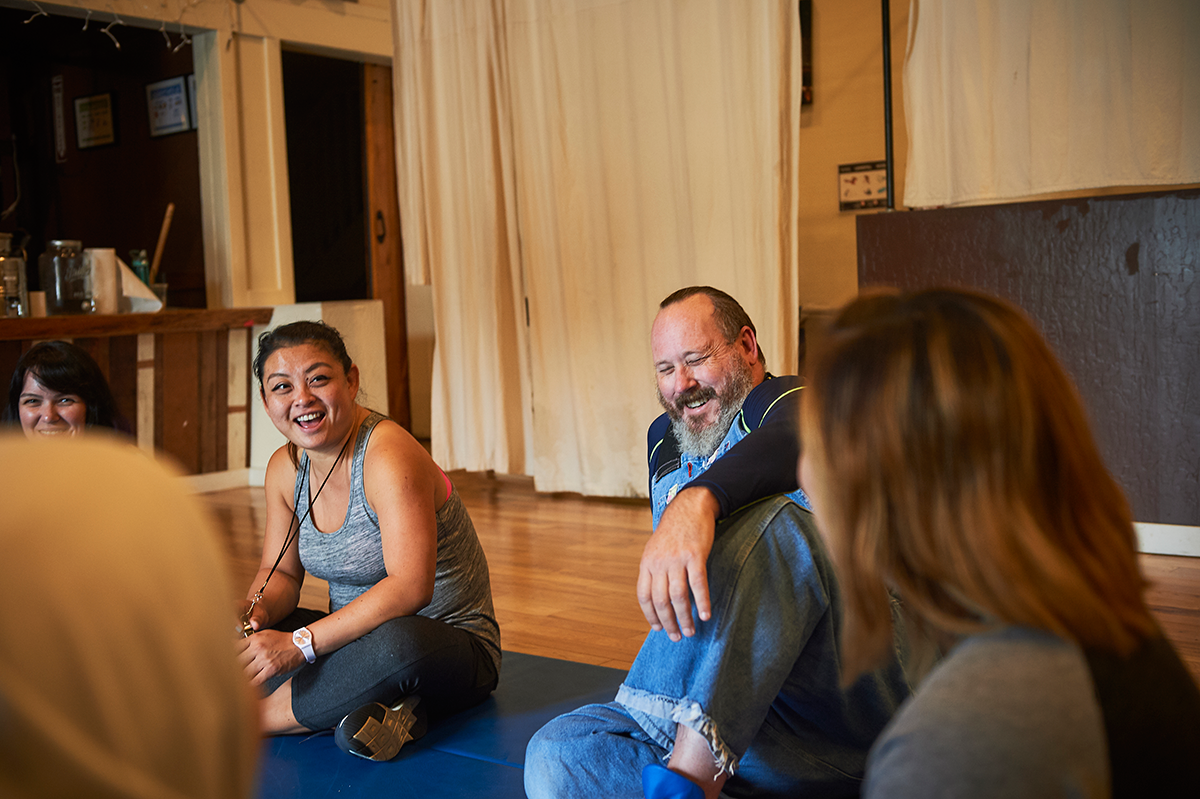 Our classes are team-taught by a "Whistle Instructor" and a "Suited Instructor." The Whistle Instructor demonstrates physical and verbal techniques, facilitates group discussions, models how to fight back against a mock assailant, and coaches students during their practice fights.

The Suited Instructor wears protective gear and plays the role of mock assailant, allowing our students to practice techniques from verbal boundary-setting to full force blows in realistic scenarios. 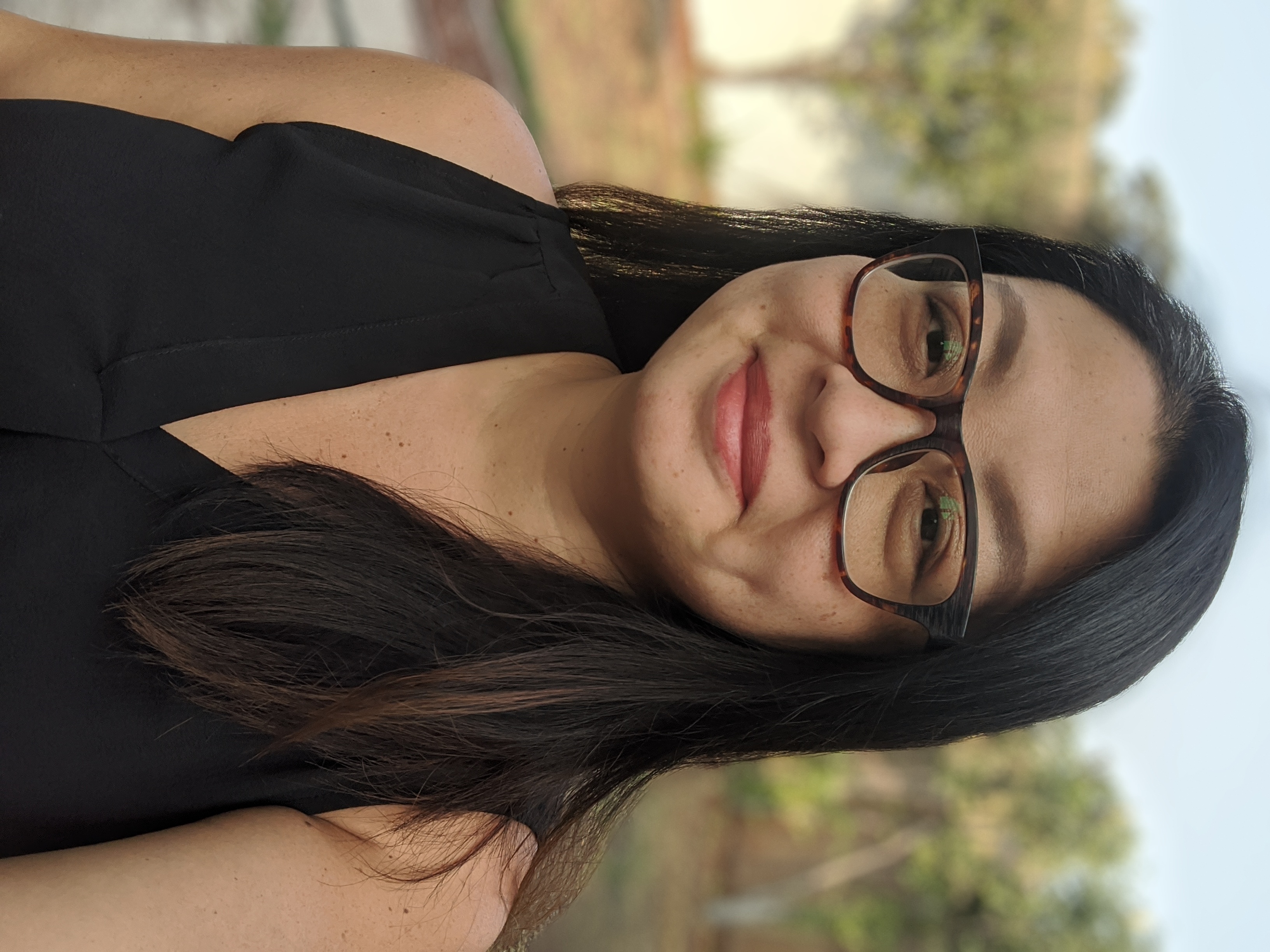 Linda came to IMPACT with extensive experience in the non-profit sector in the Bay Area, a Master’s Degree in Public Health, and professional experience in public policy, advocacy, leadership, and fundraising. She also has many years of experience working directly helping individuals recover from trauma, teaching trauma-informed mindfulness and yoga to youth and adults in the juvenile justice system and other institutions. At IMPACT, she's excited to be able to combine her love for non-profit leadership, helping people empower themselves, and addressing trauma. Linda is also a certified IMPACT instructor and loves teaching classes! 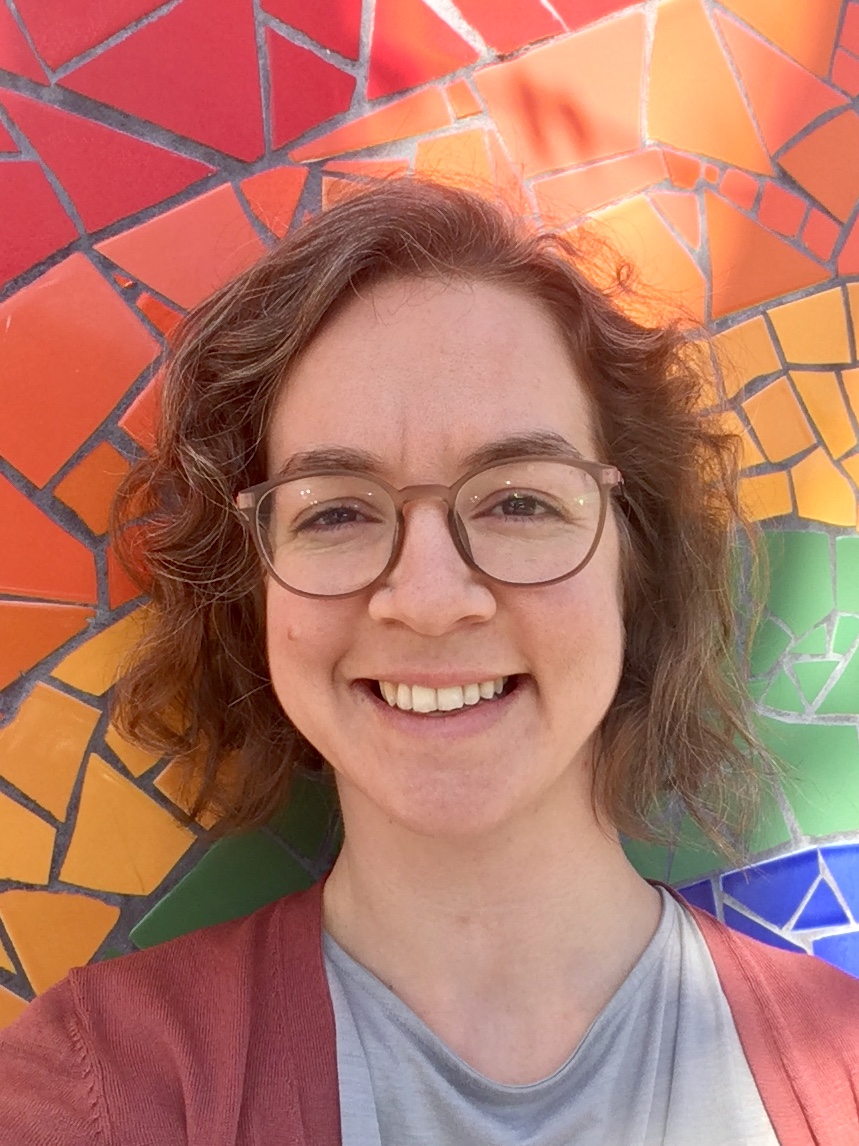 Sarah took her first IMPACT class in 2015 and was so inspired she began volunteering as a class assistant. Now as Program Director she is thrilled to bring her previous experience in nonprofit operations to one of her favorite organizations. She believes the profound changes that IMPACT has helped her embrace in her life should be available to everyone, and she loves to encourage a sense of empowerment and worthiness in every student who steps onto the mat. Sarah is also an avid arts supporter, Harry Potter fan, and proud rescue dog-mom. 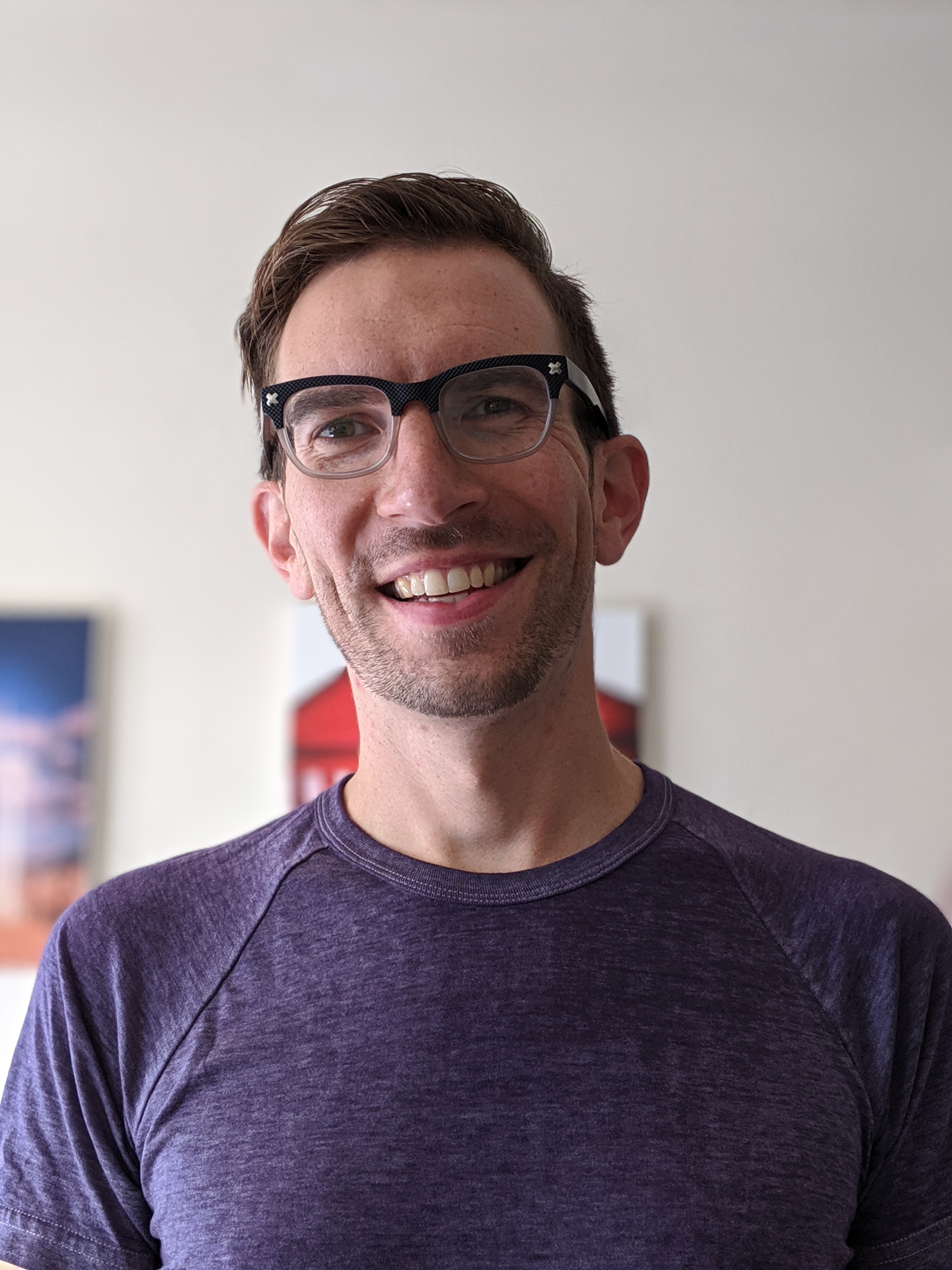 Nathan brings a diverse administrative background to IMPACT Bay Area, having extensive experience in the fields of property management and higher education. Nathan holds a Masters degree in Music Performance and also sings professionally with The Kinsey Sicks, an internationally-recognized Dragapella® quartet of which Nathan is also a Managing Partner. He is committed to bringing creative solutions to meeting IMPACT Bay Area's mission of empowerment to women and other marginalized folks. Nathan is also a member of the San Francisco Bicycle Coalition and has served with the Lesbian/Gay Chorus of San Francisco's Board of Directors since 2009 and is a past-Treasurer. 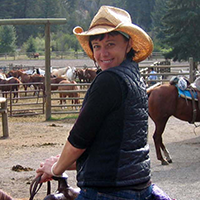 A cowgirl, skier, dancer, and lover of coconut frosted cupcakes, Nicole is delighted to be part of the IMPACT team as a certified whistle instructor.  In her own life, she relishes in the experiences of overcoming obstacles, doing things that she thought were impossible, and gently pushing herself out of her comfort zone.

Nicole is continuously inspired by the powerful and courageous IMPACT students who do these very things each and every class. Outside of her work as an IMPACT instructor, Nicole is a licensed mind-body oriented psychotherapist with a private practice in the East Bay, an avid horseback rider, person to one cool kitty named Snoop Dogg, and a huge fan of having fun. 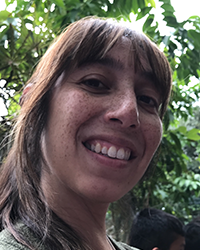 Dawn took her first IMPACT class in 1991 and went on to become an assistant. She assisted with the LA chapter for many years before moving up to the Bay Area. Dawn began assisting classes in the Bay Area in 2013 and has been an instructor since 2013.

Outside of IMPACT, she is the mother of two humans and two fur babies and loves empowering teens and kids. 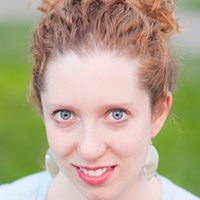 Rachel took her first IMPACT Class in 2013. She was blown away, not just by the practical physical and verbal skills she learned, but by the sense of community and safety the instructors and courageous students provided. Rachel started volunteering immediately and eventually became a certified whistle instructor. Rachel has also served as the staff liaison to our Board of Directors.

Rachel loves being able to bring her 15+ years of facilitation and group process together with her background in teaching dance and yoga. In her day job, she runs People Operations (HR plus!) for an organization focused on climate change and, in her free time, she enjoys eating weird/tasty food with her husband in San Francisco. 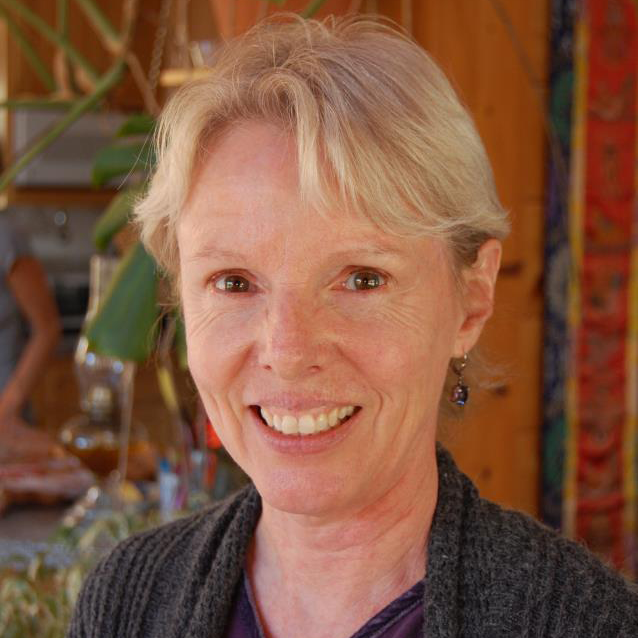 Kathy has worked in the field of women's health for over 30 years. She took her first IMPACT class in 1998 and immediately experienced profound changes in her personal and professional life.

Kathy became an IMPACT instructor in 2000 and is dedicated to supporting women and girls in experiencing their strength, the power of their voice and their right to say No! 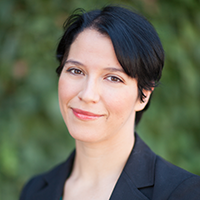 Dani is a martial artist who took her first IMPACT class in 2010. The Women's Basics program impressed her with its use of simple, full-force techniques and real-world scenarios, and she wanted to pass on this trauma-informed programming to others. Dani became a volunteer with the organization right away and later was certified as a Whistle Instructor.

Dani has also served on the Board of Directors for IMPACT Bay Area, and as Program Director. When she's not on the mat, she enjoys distance running, zombie movies, and pursuing an advanced degree in clinical psychology. 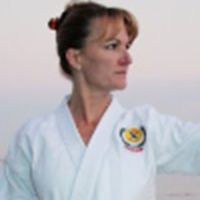 Jenny is a martial artist who took her first IMPACT class in 2001. She was impressed at the sense of empowerment and the healing that she gained from that class. It offered so much more than any other self-defense class or seminar she had experienced. This class had such a positive influence on how she lived her day to day life that decided to become an assistant.

Jenny became a certified IMPACT Bay Area instructor in 2008. With every class she teaches, Jenny feels honored to witness the courage and power that each student brings onto the mat. 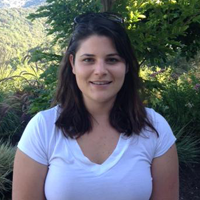 Amanda took her first IMPACT class in 2011. The experience was so empowering she immediately signed up to become an assistant and is now a certified whistle instructor and also served as Program Director for IMPACT Bay Area. She has a passion for working with teens and young adults and sees great value in empowering them.

Amanda is grateful to be part of the self-defense and healing work that IMPACT does and continues to be inspired by the courage and strength that the students bring to every class. 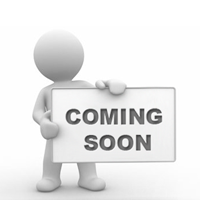 Heather took her first IMPACT class in September of 2008. She had such an empowering and transformative experience that she became an instructor assistant a few months later. She served as the Coordinator of Assistants for three years, helping to ensure that all of our classes had volunteer assistants to support our instructors and our students.

Heather has logged more hours volunteering for IMPACT than any other individual, and we're deeply grateful. She was certified as an instructor in 2012. 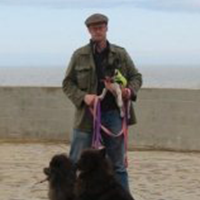 Tim has studied a variety of martial arts for over twenty years, earning three black belts and numerous full-contact fighting awards. He has been working with Impact since 2007 and has previously served on IMPACT's Board of Directors.

Tim became involved with IMPACT after seeing a friend's public celebration. His passion for teaching is sustained by the courage, commitment, and spirit he sees displayed in IMPACT classes. He enjoys teaching Impact classes because they are practical and healing, and is sustained by the courage, passion, and commitment that IMPACT students demonstrate in class.When Tim isn't running around in a big padded suit, he and his wife are walking their three dogs. 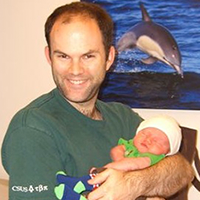 Dan earned a Bachelor's Degree in Electrical and Electronics Engineering from the California State University at Sacramento in 2006. He has been an engineer for a California utility since 2006. In 2010 he became a licensed Professional Engineer.

He began his training to be a suited IMPACT instructor soon after attending his aunt's Basics class public celebration/graduation and witnessing the power, courage, transformation and healing of each person in the class. He completed his instructor certification in December 2008. Dan lives in the Monterey Bay area with his partner Naomi, two black cats (Metaphor and Magenta), and a chocolate Lab (Sandy). 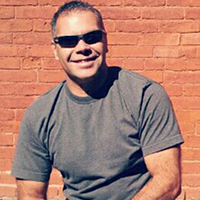 Rudy teaches at IMPACT because he has a 20 year old daughter and nieces of similar ages. He feels women and men of all ages have the right to be safe! He holds a second degree black belt and is certified in Executive Protection through the International Training Commission.

He is a Tactical Master Instructor in the CDT Non- Deadly Force Training Commission. He currently works in corporate security. Rudy enjoys spending his free time in the great outdoors, if he’s not fishing or gold prospecting you can find him on the firing line at the range. 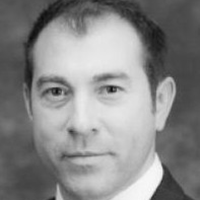 He has instructed martial arts in the Bay Area since 1985, but it wasn’t until he witnessed his first IMPACT Bay Area class that he said, “this is how self-defense should be taught; scenario based, full impact, and with guidance to students throughout the process in real time.” He took his first IMPACT Bay Area class in January 2011 with the intention to become a suited instructor.

Robert Graduated from Notre Dame de Namur University and majored in Clinical Counseling and Administration of Non-Profits. After spending 20-years working in the Information Technology industry, Robert went to work for an LA based Private Protection firm where he doubles as a Defensive Tactics instructor for body guards. He is married with two children whom he mentors in horseback-riding, martial arts and soccer.  He enjoys traveling, camping, hiking, and golfing.  He is studying Japanese as a hobby and one of his goals this year is to compete in his first Triathlon. 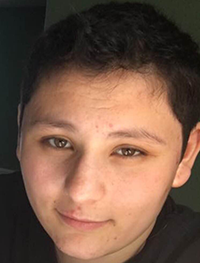 Mariko got her start with IMPACT in 2014 when her best friend convinced her to take a women's basics class. Since then, she's been hooked. She was blown away at the courage and strength she found in herself, and that which she saw in her fellow students. She was drawn to the idea of becoming a suited instructor, and wanted to pursue that dream. Mariko believes everybody deserves to feel safe which motivated her to work out and train to be able to become a "suit". Being a woman and openly gay, she brings a unique set of experiences and skills to her work on the mat.

Mariko is a full-time student at Mills College where she is studying Psychology with the goal of becoming a Psychotherapist. When she isn't on the mat or studying, she enjoys walking her dogs, snowboarding, and playing the guitar and piano. She also enjoys cuddling with her cats and watching tv shows. 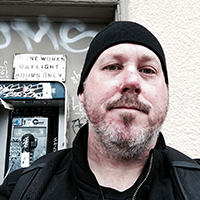 Drew was drawn to IMPACT because of his long-standing interest in practical self-defense. He has over 10 years of martial arts experience, and a variety of colorful belts from several different disciplines. One of those belts is black.

Drew learned about IMPACT from a friend who had a transformative experience in the Adult Basics class. He attended the public celebration of an LGBTQ Basics class, and was mightily impressed with the techniques and scenarios he saw there. He was delighted to become a certified suited instructor in 2016, and leaves every class feeling inspired and energized by the students and by the other IMPACT instructors and assistants he works with.

When he's not on the mat, Drew spends time cleaning up cat hair around the house, which he shares with his wife and two cats, and occasionally his daughter when she's in town. You might also find him coaxing strange sounds from guitars and various instruments with several other Bay Area music weirdos.
Do you like this page?
Tweet