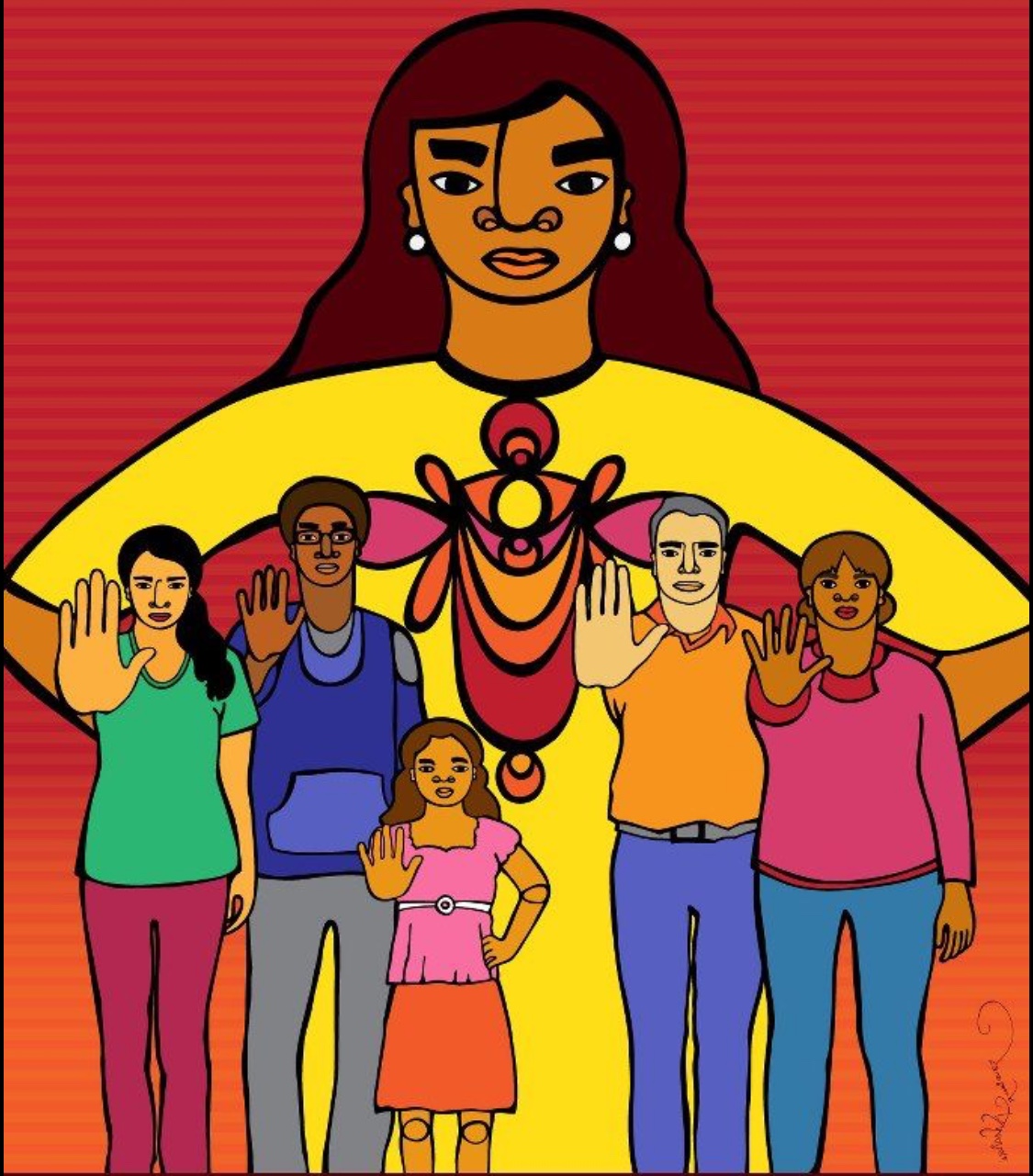 Sometimes people take IMPACT classes as part of their healing process. For Diana Sciarretta, taking IMPACT classes was a crucial step as she grapples with and strives to overcome past trauma. Diana feels powerful in being able to share her story with others. This piece does contain elements that might be difficult or triggering for some to read.

“I came from a culture which teaches that women should be on alert all the time and therefore, need to be protected,” Diana shares, “because life’s tragedies could break you.” Diana further explains that her family carries, still--to this day--the intergenerational traumas around the death of a young child and her grandparents’ subsequent “emotional and physical collapse.” Diana is an IMPACT LGBTQ+ Basics Alumna and the Director of The Red and Orange House, which gives transformative arts programming to people living with trauma and illness.

During Diana’s upbringing, she learned a pervasive message: accept victimization. Diana explains, “I was taught that comments like, ‘Hey, you are a pretty lady! Why don’t you stop to talk to me?’ were to be taken as compliments, especially if the man said it with a smile.” This narrative made it difficult for Diana to advocate for her safety.

Diana says, “I’ve lived with three traumas [in my life]. When I was young, I was followed by a kid in the neighborhood every day.” Diana reveals the terror she felt: “I never saw him, but as soon as I would [enter] the house, the phone would ring, and he’d start talking to me about school and what I wore that day.” Diana never told anyone about the situation because he never did anything too egregious, but she was“terrified.”

The trauma inflicted upon Diana by this nameless and faceless stalker would continue to resurface throughout her life.

“Years later, when I was thirty-five years old, a coworker wrote me really inappropriate poetry, and I realized he was following me.” Diana was once again living in terror due to a stalker. This time, however, she revealed the situation. “He was fired because of it, and it brought on a level of post-traumatic stress from that childhood experience. It created a huge amount of distress; I lost my job; I took years to recover.”

In that process, Diana became physically sick from the stress. She turned to arts to “claw” herself out of a dark depression. That’s when she created the program Bodyscapes at The Red and Orange House. Diana finds that discussing medical results doesn’t truly express how one is feeling about a trauma, “but if you hold up a picture, and say ‘well this is what my destroyed digestion looks like, it’s got all this crazy colors, lines, and marks, everyone can [visualize your experience].”

The third traumatic experience occurred when Diana was forty years old. Diana recalls being very nervous about reentering the dating world after ten years, and how those around her attributed her nervousness to the PTSD she had been experiencing.

Diana shares that she “made a bad call, a poor choice” by agreeing to go to her date’s house on the way to their final destination. Diana consented to a kiss, but then she was pinned down, and the situation turned into a near date-rape experience. She felt concerned that revoking her consent to kiss would not be respected because the person began sexually coercing her.

Diana “quickly flew off that couch,” and realized that it was the first time in her life that her mind didn’t “play a tape” that said “get ready, you will be a victim.” This shift in mentality was largely due to years of hard work and healing.

Diana also remembers that the man had a crucifix on his wall. Diana was raised Roman Catholic, something with which she always struggled. As Diana looked up at the wall, she took agency. “Instead of [following] the idea my grandparents gave me, which taught me to believe that ‘everything comes from God; every bad trauma is a lesson,” Diana decided she “did not want that lesson,” explaining that “something about that symbol gave me the power to fight back against being a victim.” It was in this moment that Diana began to create her own narrative.

Diana explains that she had some de-escalation skills, but she didn’t think that she should take a self-defense course, as she still doubted herself. However, Diana’s [near date-rape] experience made her assess her safety level and realize that going through menopause made her feel physically weaker. She needed to learn how to fight.

The instructor of IMPACT’s LGBTQ+ Basis class, Dani, “created such a beautiful safe space for all of us, to talk so candidly,” and Diana found this to be especially important “because in the LGBT+ community, there is so much trauma and abuse by society.” For Diana, it was “life-affirming” to witness other people feel afraid and still fight through their fears.

Once again, the nameless, faceless perpetrator is what challenged Diana the most. Diana would “shake and cry” during the drill that involved the suited instructor standing behind her. However, everyone in the class would take a collective deep breath and eventually, Diana would learn to break away from her “freeze” response and defend herself.

While this particular drill was triggering for Diana, it was the most cathartic. “I cannot stress enough how much of a curative experience it was - to be willing to go into that memory in a safe, supportive way to unleash it, and then fight. I could reprogram my brain to fight the PTSD.”

Diana’s face glows as she concludes, “I can now engage more in my political activism, whereas previously, I was more [on the sidelines], scared of potential violence. I can use some tools that I never had before, and mostly my voice - the most powerful tool of all. I can scream a good ‘No!’ with my hands up,” she chuckles while demonstrating.

On September 11th from 6 to 7:30 pm, IMPACT will be hosting a virtual fundraiser, TGIF: The Great IMPACT Fundraiser, over Zoom. It will be a fun-filled Friday night to support IMPACT Bay Area’s work to empower individuals to end violence in our community.

Help us raise $10,000 dollars to keep IMPACT's virtual doors open so we can continue to offer donation-based online classes (https://www.impactbayarea.org/online_classes) at a time when our community needs us the most.

We look forward to seeing you!